If you ask 100 marketers “What’s the most effective email send time?” –  you’re likely to get 100 different answers. The debate about the perfect time/day for email sends is as old as email marketing itself.

In the past, dozens of studies have tried to nail down the “golden hour” for optimizing opens and click-throughs. However, results from studies have been mixed…to put it mildly.

Some seem to indicate a sweet spot between 10-2 on weekdays. Others suggest that engagement is actually higher on the weekends due to reduced inbox competition. Still others claim that the email send time doesn’t really matter.

While research on send times has been mixed, dismissing timing as irrelevant isn’t a wise choice. Instead, we need to take a deeper look at email timing and the research surrounding it.

Why Are Email Send Times Important?

When we talk about email send times, we’re really discussing two similar factors: day of the week, and time of day. Just like any form of communication, timing plays a large role in response.

Day of the Week

Since most businesses only send 1-2 emails per week, choosing the right day to send is important. If a message is sent on a day when the user doesn’t check their email frequently, it’s liable to be buried under a pile of other messages, potentially being opened too late, or not at all.

Time of day makes a huge difference in any form of communication. For instance, many of us would respond differently to a phone call at 3 PM vs. 3 AM. Similarly, time of day probably affects how quickly you respond to text messages and social media DMs. While timing is not the only factor at play here, it plays an important role.

What Does Research Say?

In terms of finding the perfect send-time, there is good news and bad news.

The good news is that there is a large body of research on effective email send times. Some studies look at which days of the week have the highest engagement, while others attempt to find the time of day when open rates are highest. In many cases, researchers have found definitive correlations between open rates and these factors.

The bad news? Many of these older studies have been contradictory. While most studies agree that the weekdays are best, one study from 2017 suggested that Saturdays were actually the best day, due to reduced competition. That’s unfortunate. Could it be that the day of the week doesn’t really matter?

Part of the problem with most send-time studies is the sample size. If a study only looks at a few thousand emails, it’s not likely to be representative of the billions of emails sent every day.

Another problem with many of these studies? They’re dated. This study from Experian has been referenced in dozens of relatively recent articles. While the findings were likely once helpful, it’s from 2013. As we all know, a lot has changed in the last seven years. Mobile devices have changed the way we use email, and other forms of communication, such as SMS, have become more popular for business communications.

To understand the best time to send an email, we have to be choosy about the studies that we pay attention to. To make things simple, we’ve compiled the findings of two well-designed studies conducted within the last two years. The first study analyzed 4 billion emails, while the second analyzed 2 billion.

Day of the Week

At first glance, the chart below may seem a little bit confusing. Other than the weekends, open rates and click-throughs look fairly similar. However, it’s key to remember the breadth of the data. In this study, the research analyzed 4 billion emails. Thus, even if the difference in open rates is only .1%, this still represents a huge number of individual messages.

In both studies, Tuesday and Thursday appeared to be the clear winners. While one study found that Friday actually had a slightly higher open rate than Thursday, Friday had a lower click-through rate. That means that while Friday might be a good day to send a newsletter (which doesn’t necessarily need to generate clicks) it’s not ideal for sending remarketing emails.

Interestingly, while open rates drop significantly on Saturday and Sunday, weekend emails don’t see a proportional decrease in click-throughs. However, since fewer emails are opened overall, click throughs are still lower on these days.

Time of Day is a little bit more complicated, simply because we’re working with more data points. Here’s where things get a little bit tricky. Even in two recent, well-designed studies, the results were somewhat different.

Here are the results of one study.

Here are the results of the other.

While it’s not really unexpected for two different studies to have different results, it does complicate the idea of making a definitive call about optimal send times.

In the first study, both opens and click-throughs and were high for emails sent around 6AM. In the second study, this trend is noticeably absent. In fact, the second study seems to indicate that 6 AM is a particularly bad time to send an email.

Fortunately, we do see significant overlap later in the day. Both studies indicate high open rates and click-throughs around 1 o’clock – right as people are typically getting back from lunch. Both studies also suggest that the later afternoon can be effective, however, the results are slightly more muddled.

While these results cannot be interpreted to be entirely definitive, they do suggest that the optimal time to send an email is between 12 and 1 PM.

While the above results are helpful and important, the truth is, they’re limited by a number of factors. First of all, these two studies analyzed a total of 6 billion emails. That may seem like a lot – until you realize that 289 billion emails are sent every day. In other words, these studies offer a very small sample size.

While they’re helpful for getting an idea of what times are good and bad, it would be virtually impossible to analyze a representative sample that would absolutely prove the perfect email send time. And that’s not a bad thing.

It’s All About Your Audience

While average response rates can help us get a general idea of good and bad send-times, the truth is, it depends on your audience. While this might sound like a bit of a cop out, it’s true.

By keeping this in mind, your email campaign can reach, engage, and convert customers more effectively, while building a last relationship that enhances lifetimes customer value.

How to Figure Out Your Ideal Send Time

As with many facets of ecommerce, the key to finding the perfect email send time is a combination of segmentation and…wait for it…testing.

First, start off by creating a few psychographics models. For the uninitiated, psychographics help marketers estimate the lifestyles and patterns of their customers. To accomplish this, marketers use educated guessing to theorize representations of their main customer bases. The idea is to get into the mind of an average consumer to understand how they live.

From there, ask yourself “When in their day would this person be checking their email?” After you’ve created a few approximate times, it’s time to start testing your theories.

Let’s say you’re sending out an email about a new product launch. Send the email to 50% of your audience at Time X, and 50% at Time Y. By repeating this process over time, the data will show you which time works best for your audience.

Finding an effective time to send your emails is important. However, it’s even more important to ensure that you stay compliant with email regulations.

If you do business in countries besides the US, it’s vital to get familiar with the laws of each locality, especially as regulations change. If you aren’t familiar with CAN-SPAM, GDPR, and other international regulations, make sure to read our Global Guide to Email Compliance, available here for free. 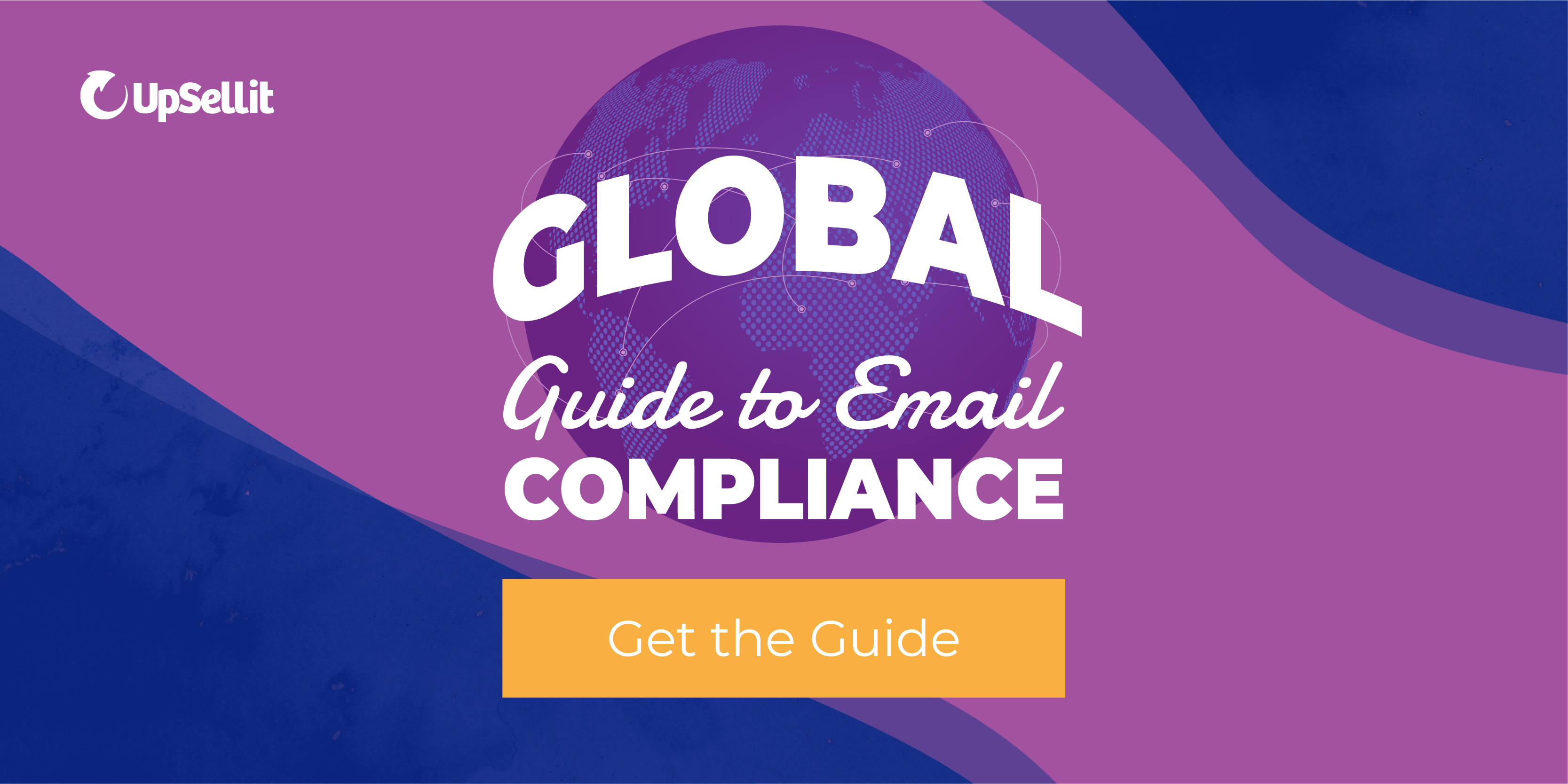